A few days ago, Ford unveiled at the MotoShow in Cologne the latest incarnation of the Ford Fiesta 8 generation. Ford assures us that this model is the most advanced car in its class and is equipped with many amenities such as: lane keeping aid, active park assist, cross traffic alert, active cruise controland, and the most importantly sensors that monitor the road at a distance of 130m!

Ford Fiesta Mk8 is the first car in this segment, which will be equipped with all the previously mentioned systems, and until now were reserved for cars of the middle class for an additional charge. Body styles of the new Ford model is again a surprise to us. Apart from the standard models of the 3 and 5-door Titanium and ST-Line, Fiesta will also appear in Vignale and Active version. Ford Fiesta Active will be a completely new car with a higher suspension and its appearance will resemble crossover models.

The range of engines, which we can find in the offer is a 1.1 petrol engine with 75 hp or 85 hp, next is the 1.0 EcoBoost with 100 hp, 125 hp and 140 hp. There will also be diesel engines with a capacity of 1.5 TDCi (85 hp or 120 hp). A new feature will be 3-cylinder EcoBoost engines, which can work without one of them! Disconnecting the cylinder aims to give fuel savings of about 6 percent.

Ford Fiesta ST 2017 – Ford at the moment has presented only body of ST-Line model, which has additional spoilers, new rockers and sporty suspension. Rumors say that the latest model of the Fiesta ST will have the power of 220 hp.

In the interior of the new Fiesta we will find new equipment, radio with 8-inch screen, which will be equipped with a SYNC3 system. For an extra charge owners will get sound system from Bang & Olufsen, which is also offered in Audi cars.

If you are currently looking for a small, urban car of segment B, it is worth to wait until the middle of next year. The new Fiesta model will hit in 2017 to Ford showrooms. Currently, Ford Fiesta 7th generation is the best-selling car in the UK. Will the new model remain at the forefront of this class? 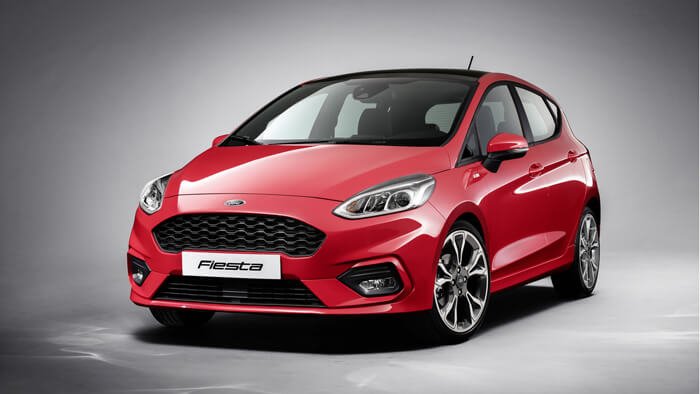